After a discussion of current and future income needs, careful consideration was given to how long the initial investment was likely to remain untouched.

This revealed plans for an expensive holiday and plans to indulge in hobbies requiring some cash injections over the next 2 or 3 years.

We suggested a cash deposits to act as emergency fund and for the expenditure that he had planned.

The rest of the money was not likely to be withdrawn for at least 5 to 10 years, so the bulk of the investment was placed into a widely based portfolio of carefully selected investment funds. These have shown a significant increase in value from £144,000 to over £288,000 in a little over 5 years, and have the potential to continue to outpace inflation in the future.

When additional income is needed in the future, this can be taken in a tax efficient (and potentially tax free) manner from ISAs in the portfolio and taking advantage of capital gains tax allowances.

After many years in farming, our clients sold up and converted a lovely barn adjacent to their farm. They now have time to enjoy their hobbies and country living.

The balance of the sale proceeds has been invested across a wide range of investments and plans and provides a regular monthly income.

Since we first provided them with advice in 1997, the portfolios have shown a return of over 8% per year (now free of any tax liability).

We review the portfolios twice a year and are happy to enjoy a cup of tea with them in their lovely home.

Our long established clients have built up an ISA portfolio valued in excess of £250,000 from their income.

Not being attracted to the constraints of pension plans, they are now nearing retirement with a fund that they can access at any time, take a tax free income and will have something to leave to their children when they die.

Since 1996, their portfolios have earned a return of more than 8% per year.

A Collection of Pension Plans – Help

Our client had a collection of pension plans with various companies. Some were household names when the plans started but seemed difficult to track down and deal with. No advice was available locally from the companies concerned.

With over £100,000 accumulated in the plans we were approached for advice and swiftly saw why our client felt he was in a muddle over what was to be done.

It transpired that some policies were very old and contained very valuable options that gave a much better level of income than was then available on the open market. This could so easily have been overlooked, but having been in the business as long as we have we were alert to examining the fine print of each plan.

The remaining plans, without the same guarantees were amalgamated and pension was purchased using the best rates on the market.

The result is that our client knows that he has maximised his retirement income.

The cash lump sums that were paid out have been successfully invested for additional income and capital growth.

A very pleasant lady in her 80s had a pile of investment documents and was not confident that they were still what she needed.

The banks and building societies who had so keenly persuaded her to take out the investments were no longer willing or able to advise her. They either no longer dealt with the companies that they had originally recommended or viewed her as too small a customer to deal with.

We gradually worked our way through the pile of paperwork and were dismayed at the lack of consideration that seemed to have been taken in properly advising her. The majority of investments were in funds where tax was automatically deducted, even though she was a non tax payer.

We have now consolidated her investments into a single holding account that allows her to see the whole picture at a glance so cutting down on the worrying amount of paperwork. Also, her tax burden has been substantially reduced and will allow her to enjoy better returns in the years ahead.

For her peace of mind, we review her portfolio twice a year. 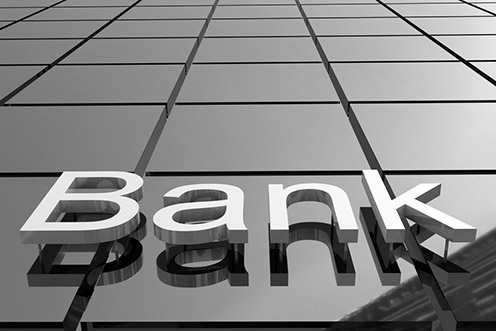